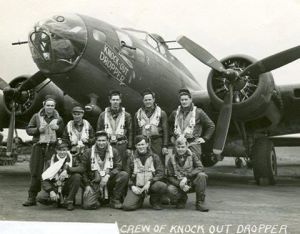 He was born on December 11, 1953 in Richmond to Frank and Frances (Masters) Ketron. He was a graduate of Richmond High School and Purdue University.

Jerry loved aviation and was proud of his father's Air Force career and service. This love he passed down to his son Lee Ketron, USAF. He loved his children and grandchildren who lovingly called him Papaw. Jerry enjoyed traveling, being with friends and family, laughing and watching the sun set over the ocean.

Jerry was preceded in death by his parents and sister, Jean Stemple.

Jerry’s son, Lee, will lead a time of reflection at 10:00 a.m. on Thursday, March 7, at the Smith-McQuiston & Webster Funeral Home, 321 US 27 South, Fountain City. Interment will follow in Goshen Cemetery.

Family, friends and others whose lives Jerry touched are invited to reminisce, grieve and share memories from 4-7p.m. on Wednesday, March 6 at the funeral home.

Memorial contributions are encouraged for the Richmond High School Alumni Association, 380 Hub Etchison Parkway, Richmond, IN 47374 or online at www.werrichmond.com .