Esther R. Morgan, 97, of Richmond, went home to be with the Lord on Wednesday, July 15, at Arbor Trace in Richmond.
She was born on July 29, 1917 in Darke County, Ohio to Harvey and Sarah Wise Mann. She shared 60 years of marriage and raised two children with her husband, Carlton, before his death on September 7, 1997. Mrs. Morgan was a homemaker and a faithful member of the First Church of the Nazarene in Richmond.
Mrs. Morgan will be missed by her daughter, Ann Louise Morgan; son, Dallas Morgan and his wife, Ramona; five grandchildren, 10 great-grandchildren, four great-great-grandchildren, two sisters, Thelma Harshbarger, Velma Ingle and several nieces and nephews.
Mrs. Morgan was preceded in death by her parents, husband, five sisters, Eva Hart, Elsie Oler, Edna Ormsby, Norma Jean Thomas, Helen Mikesell; and two brothers, Gerald Mann and Everett Mann.
Dr. Ted Lee, Pastor Ron Karkosky and Pastor David Anderson will conduct a funeral ceremony at 1:30 p.m. on Monday, July 20 at the First Church of the Nazarene, 1600 Chester Boulevard, Richmond, Indiana. Interment will follow in Goshen Cemetery.
Family & friends may gather for visitation from 3-7 p.m. on Sunday, July 19, at the church.
Memorial contributions may be sent to the First Church of the Nazarene, 1600 Chester Boulevard, Richmond, Indiana 47374.

To plant memorial trees or send flowers to the family in memory of Esther Morgan, please visit our flower store.

So sorry to hear about the passing of your Mom.  I can still see her and your Dad sitting on the north side of the church about half way down.  They were always so nice.  I know there is rejoicing going on in heaven as she and your Dad are once again reunited.  You will be in my thoughts and prayers,  Sincerely, Becky (Hill) Zornes

Ann and family,
I was so sorry to hear about the passing of your mother.
She was a wonderful lady.  Thoughts and prayers during this
time of sadness.  Debbie

Friends and Family uploaded 1 to the gallery. 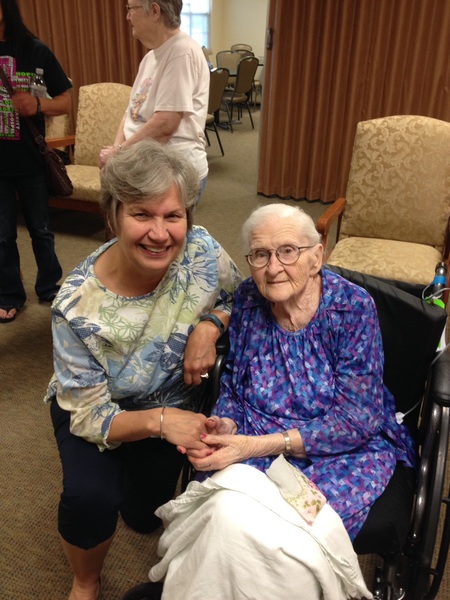