Mrs. Joan I. Brumbaugh, 87, formerly of Richmond, passed away on Friday, March 23 in St. Cloud Minnesota.
Born on July 2, 1930 in Ocean Grove, New Jersey, she was the daughter of Clark and Julia Cox Heilman. She married Calvin J. â€œCalâ€ Brumbaugh, Sr. on August 7, 1948. They were blessed with two sons and 59 years of marriage before his death on August 16, 2007.
Joan lived in the Indianapolis and Richmond area most of her life. The past several years were spent between her home in The Villages, Florida and Golden Eagle Campground in Perham, Minnesota. She enjoyed camping, fishing and seeing the country.
Joan will be missed by her sons, Calvin Brumbaugh Jr. and his wife, Deborah; James Brumbaugh; 7 grandchildren, 14 great-grandchildren and several nieces & nephews.
In addition to her parents and husband, Joan was preceded in death by her sister, Geraldine Bennett and brother, Clark Heilman.
Joanâ€™s life will be celebrated at 2:00 pm on Saturday, March 31, at the Smith-McQuiston & Webster Funeral Home, 321 US 27 South, Fountain City. After services, all are invited to join the family for a time of food and fellowship in honor of and in memory of Joan.
Visitation will be from 12-2 pm on Saturday, March 31, at the funeral home.
Interment in Glen Haven Memorial Gardens will take place following the Easter weekend.
In lieu of flowers, Joanâ€™s family encourages making a contribution to the Circle U Help Center, PO Box 491, Richmond, IN 47374 or the food pantry of the donorâ€™s choice.

To plant memorial trees or send flowers to the family in memory of Joan Brumbaugh, please visit our flower store.

To the Family of Joan You are in my thoughts and prayers during this difficult time. Joan was a great lady with a great personality.

Lothar and I send our heartfelt condolences to all of Aunt Joans extended family,especially Calvin and Jimmy! You boys had a truly wonderful mother. She was sweet ,funny,kind,etc. She was one of a kind! She was loved by so many and we will miss her so much!We are taking food stuffs to our local food pantry in your moms name,since thats what she wanted. Take care  of each other and God Bless  you ! Love your cousins Violet and Lothar

Great Aunt Joan will be missed greatly! I loved her since of humor and enjoyed hearing stories about her and my grandmother. I did not get to see her as much as I would have loved but always looked forward to emails to catch up on each other. She was a good soul. I am praying for the entire family.

Joan was one of the most precious witty,sassy, fun loving lady that we have ever had the pleasure to have called a friend. It breaks our heart to have lost her. There will never be another Joan! We are glad she is back with Calvin again so she can be free . Love sent to all her family.

I am so sad to hear of my Great Aunt Joans passing. I still remember it like yesterday when I introduced her to my husband for the first time and she referred to herself as my greatest Aunt Joan!  She brought lots of fun, laughter and humor to our family.  Many great memories of Minnesota and sharing fun at reunions are just some of my favorites.  I know she is having the best time reuniting with Calvin, her dad and sister.  My condolences are with the entire Brumbaugh family.

In better times, Joan and I volunteered at the Leesburg, Florida Senior Center for many years.  She seldom missed a day feeding the elderly and under- privileged with a hot lunch.   She was known for her smile and always a helping hand.

My thoughts and well wishes for her family.

I am saddened to hear that this great lady has passed. She was a wonderful person, a role model for her whole community to follow. Her infectious smile and sense of humor got us through a whole lot of times both good and bad. So sorry for all of her family and many close friends. I know that in heaven her best friend and love, Calvin, are welcoming her with joy! Pain and sorrow are over for her now, may she rest in peace!!!!!!!

Friends and Family uploaded 2 to the gallery. 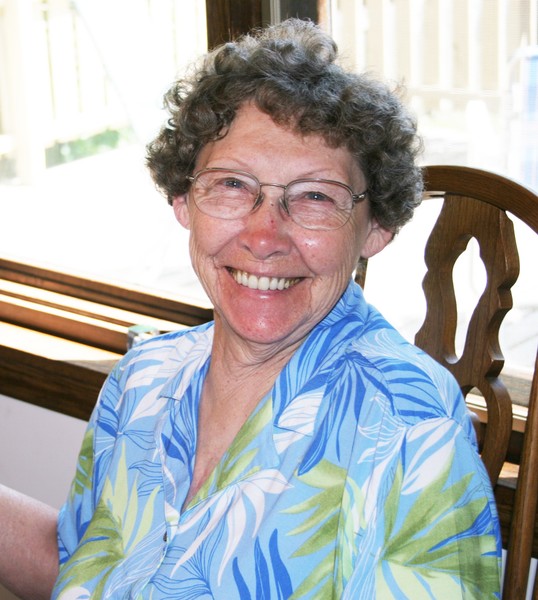 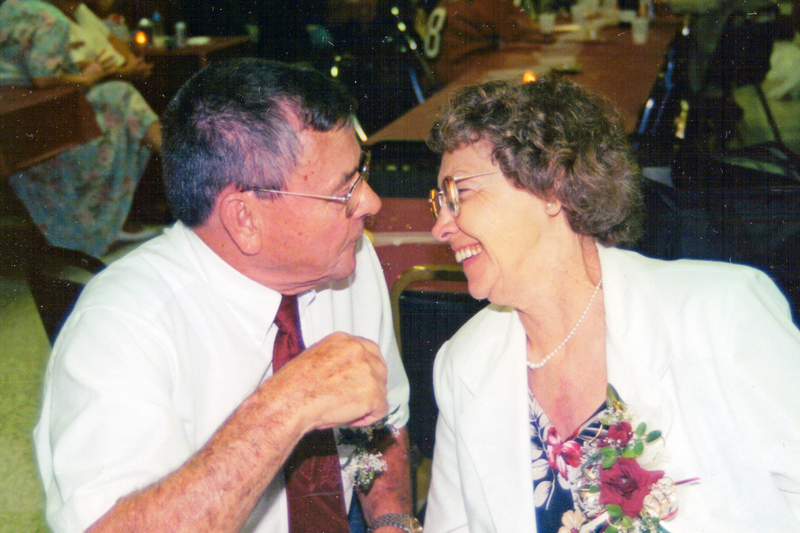