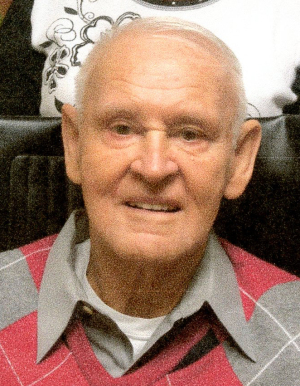 Billy (Bill) Trew went home to be with his Lord and Savior on Wednesday, November 25, 2020.

Bill was born to Millard and Ruby (Trotter) Trew on January 25th, 1930 in Rossville, Georgia.  While still a baby they moved to Cleveland, Tennessee. Bill attended schools in Cleveland until his family moved to Knoxville where he graduated from Knoxville High School in 1949.

Bill joined the Marines on January 1st, 1950. After boot camp, he was assigned to headquarters at Parris Island, SC for two years. He was then stationed at the US Embassy in Manilla; and finished his career at The Pentagon.

Bill graduated from the University of California, Sacramento with a degree in Agronomy, the science of soil management and crop production.  He worked for several seed companies in the Central California area advising the ranchers and growers on what, when, and where to plant and harvest their crops.  He worked up to the age of 70 before retiring and then moved to Fountain City, Indiana where he could be near his family.

Bill loved Jesus!  He loved sharing about his Lord. He held several Bible studies at local nursing homes to share the good news about how Jesus came to save the lost and give eternal life.  Even up to his death he was still sharing about Jesus at Ambassador Health Care in Centerville, Indiana.  He was an active member of Hillcrest Baptist Church.

There will be no services for Bill at his request. Please, no flowers.

To send flowers to the family or plant a tree in memory of Bill Trew, please visit our floral store.