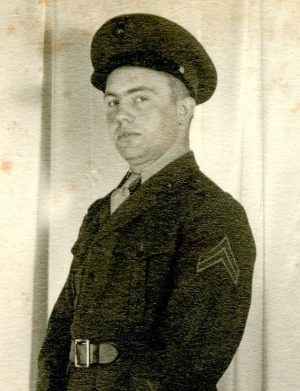 Donald A. Ward, 95, of Fountain City, passed away on Sunday, March 29 at The Springs of Richmond.

Don was a 17-year-old Hollansburg High School student when he enlisted in the United States Marine Corps on December 8, 1942. He served in the Pacific Theatre for the duration of World War Two and participated in the Battle of Peleliu in the Fall of 1944. He married the former Joan Thornburg on February 15, 1957. They shared 63 years together until her death on February 11, 2020. Don enjoyed a career in the automotive department at Sears in Richmond and retired from there in 1990. Don enjoyed being outdoors, mowing his grass, gardening and watching his birds from his back porch. For many years, he mowed the grass at the ball diamonds in Fountain City. Don was a member of American Legion Post 442 in Williamsburg.

In addition to his parents and wife, Don was preceded in death by his son, Kelly W. Ward, on May 1, 2018; sister, Mary Cummins; and brother, Lester E. Ward, Jr.

Don’s family appreciates the care he received from the staff at The Springs and also wishes to publicly thank hospice nurses Melissa and Beth from AseraCare Hospice.

Don will be laid to rest in Willow Grove Service in Fountain City.

To send flowers to the family or plant a tree in memory of Donald Ward, please visit our floral store.